Modern Theatre dance is a rhythmic dance style which originated in America before travelling to the rest of the world. It is often seen on the stages of musical productions and is known for its theatrical qualities. The style uses travelling steps, high kicks, leaps and turns which all need strength and flexibility. This is a highly energetic dance style.

Born early in the 20th Century Modern Dance developed as dancers rebelled against the rigid rules of Classical Ballet, in favour of a more relaxed and free style of dancing, Modern Dance encourages dancers to use their emotions and moods.  Another way in which Modern differs to Ballet’s graceful and upright nature is by using gravity and body weight to enhance movement.  Rudolf Laban was notable as one of Europe’s pioneers of Modern Dance and Martha Graham is considered on of the foremost pioneers of American Modern Dance.

We offer Modern classes to children from Age 4 and currently have pupils working on grades from Grade 1 to Advanced 1. 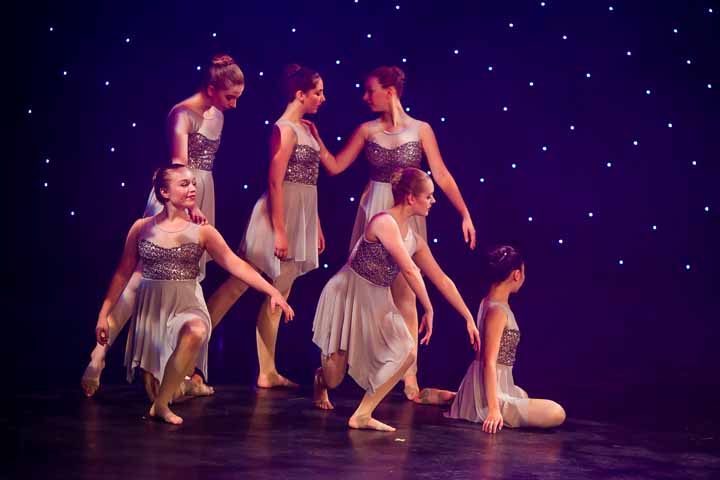